On April 18, Michael Shifter, President of the Inter-American Dialogue, participated in a panel discussion hosted by the NYU Brademas Center and NYU Washington, DC to analyze the Venezuelan crisis and the steps to take to rebuild the country. The discussion featured Dr. Cynthia J. Arnson, Director of the Latin American Program at the Woodrow Wilson International Center for Scholars; Miriam Kornblith, Director for Latin America and the Caribbean at the National Endowment for Democracy; and was moderated by Geovanny Vicente Romero, founder of the Dominican Republic Center of Public Policy, Leadership and Development (CPDL-RD) and writer for CNN.

Shifter began by providing an assessment on the current situation taking place Venezuela. From a humanitarian perspective, aid is beginning to be distributed by the Red Cross but the people are still leaving the country. Politically, Shifter suggested that Guaidó had played an important role in reinvigorated an opposition which had been completely demobilized until January, however, while Guaidó has legitimacy and international recognition Maduro still controls the real power in the country. Shifter stated that recent polling data suggests that Guaidó would earn approximately  60% of the vote against Maduro’s 20% in an electoral contest today.

The international community sees Guaidó as a leader capable of change against Maduro’s weakened regime as is evident from the invigorated support for Guaidó around the globe. However, as Shifter pointed out the transition Guaidó is trying to achieve has taken more time than expected illustrating the uncertain future.

The event concluded with a session of questions from the audience. 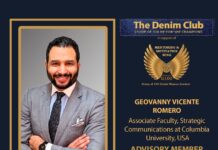 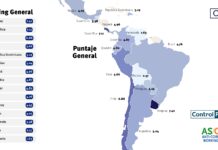 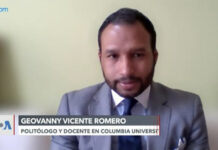