Washington, DC, March 13.- The Washington Academy of Political Arts & Sciences​™ nominates Geovanny Vicente Romero to the Political column of the year category of the Napolitan Victory Awards 2019​, a recognition of his weekly political column on CNN.

These awards -considered the most prestigious and coveted awards of political communication, recognize the best campaigns aimed at Spanish-speaking audiences around the world. In addition, professionals are valued in the media, academics, technological and digital media, books and political magazines as well as the production of video and audio campaigns, among others.

Geovanny Vicente Romero is a ​columnist for CNN based in Washington, DC. also published frequently in Diplomat Magazine. He is a political strategist, international consultant and lecturer. He has published many articles on development, human rights, governance, democracy, elections, the environment, as well as the role of women in society. Geovanny is the founder of the Dominican Republic Center for Public Policy, Leadership and Development (CPDL-RD).

Geovanny has a masters degree from George Washington University in political communications and strategic governance.

“I am honoured to receive this recognition for the work I do through my weekly column in CNN, where I   analyze not only the political landscape and democracy of Latin America in the wider world but also injustices, human rights and political equality. I am grateful that the Napolitan Victory Awards has taken into account what we are doing. This nomination has great value for me. Also, I want to thank my readers for  their feedback and support, ” said Geovanny Vicente Romero

“This year we received an avalanche of proposals in that line whose influx exceeded the number of candidacies raised since the founding of these awards,”, manifested Jéssica Osorio, Director of Communications of the academy, who said: Geovanny Vicente Romero it is an example of the  commitment to excellence that the academy seeks to recognize each year, according to its members”. 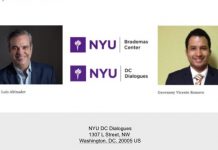 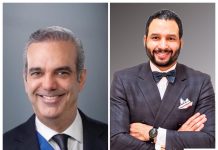